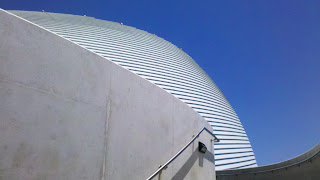 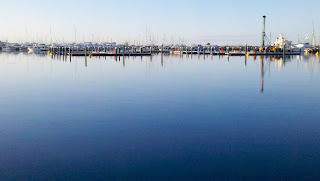 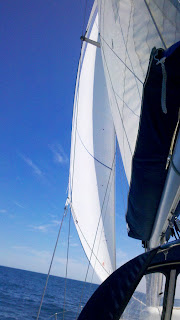 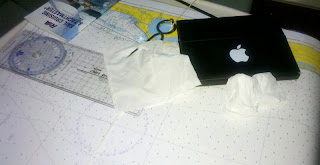 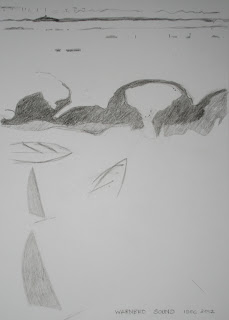 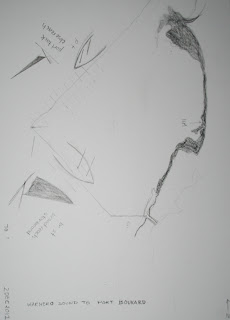 Posted by Christine at 10:29 pm No comments: 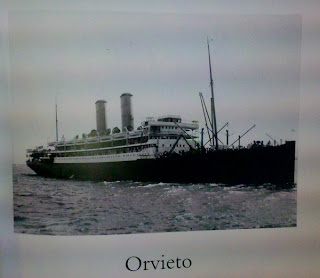 My grandmother Christina Bruce first set foot in Fremantle on 1st June 1925. The following is an extract from her diary.

On board RMS ORVIETO
1st June: Not quite so cold and the sun brighter. There was a Medical Inspection on board in the forenoon, I don’t know how 752 passengers managed to get room to move on this (the poop) deck, but they did. We sat still until the end and we just had to pass the doctor then got back to our own seats again. Eino (of the Finlanders) photographed all in the group, the Scotch chap, Mrs French, our party and the Finland party so I hope it turns out alright. The chap who took it was in the photo too, after setting the camera he attached something to it and went and stood at the back and the camera worked itself, just like a fuse.


The whole of the Finland party sighed my autograph Album so I’m feeling quiet pleased with myself. The ship is slowing down terribly not to arrive at Fremantle too early. Mother seemed quite excited and we are all looking forward to seeing the Aitkens.
Mileage 344 and 231 miles from Fremantle, Time forward 24 minutes, Foundation Day Western Australia
2nd June: Before I rose I heard all the ropes and propellers, etc making their different noises as we were entering port. I rose early and had my first sight of Australia. The lights were twinkling beautifully in Fremantle and the land was scarcely distinguishable. The sun rose beautifully. It’s the first sunrise I’ve seen since leaving Scotland, and it was good. We had the quarantine inspection before breakfast but it didn’t take quiet so long as the medical inspection of the previous day as there were more officers. Nan was the first to see Archie Aitken so he went off to get Alex and his wife and then came back for us. We had our passports stamped again and were soon on shore.  After meeting the Aitkens and it was lovely to see their kent faces again. We went and posted some letters then took the train to Perth. It was a lovely place and the Post Office is the most beautiful building. We had a cup of tea and it and the scones and cake were simply delicious then had a look at the shops and walked to the Gardens. These were lovely and Alex took a few snaps. We were there for quite a time talking about anything and everything, then came down to the street again, Oh looking down (the street as we came to the gardens) on to the Swan River was like a picture from a fairy tale book with trees and bungalows lying down to the Sandy beach of the river. The Court buildings are inside the gardens and the Governors house is quite near. There were some lovely buildings and lovely trees, but it was an old oak tree we were sitting under. We had a walk through the streets of Perth again and Alex went away with the two girls for something for his car and we missed him and after we did find him we had a lovely tea and went right to the station. Mother was getting quiet worried about getting to the boat but as the notice had been up for a couple of days that we sailed at 6pm and it was only about 4pm we knew we had plenty of time. It was lovely in the train the country reminding us in some places of dear auld Scotland but the railway itself was like a switchback railway and all along the side the wheat was springing the seed being blown from the wagons and taking root. The names of the stations were funny but sounding nice. One station we passed had a huge cemetery, where most of the West Australian’s are buried unless they are too far up country to be brought. It was a huge place. The Aitkens had left their seed sowing to come down to meet us that meant a loss of three days and they simply could not do enough for us. When we reached Fremantle we practically ran from the station and when we reached the wharf here the Orvieto had left its moorings and was in mid harbour. My word it was a predicament but one of the harbour officials told us we would get a pilot but we would have to hurry. My word Alex and Archie Aitken didn’t half run along and in less time than it takes to write we had all reached the launch and got bundled in somehow. I was sorry for mother but by jove we were all in a state. When we reached the steamer there were several others being handled in from a small boat lying alongside so we jumped on to it and were shoved in this iron door. The ship had left at 5pm instead of 6pm and it was exactly 5.45 when we were on the ship. I can assure you we were all thankful to be on in time. We said a Scotch Farewell to the Aitkens not even time to shake hands. Mother was like one in a dream but after lying down for a bit she came to herself. It was a glorious night and was quite dark by 6PM so leaving port was very beautiful the lights stretching for miles along the coast. The sky was starry and a lovely moon but all slipped early to bed as we had a very tiring day and oh my head was fit to split. None of us shall ever forget our visit to Fremantle, but I thoroughly enjoyed the day I spent there for all the panic at the end, and I felt as if I could really mean it when I said. ‘I’ve come to the end of a Perfect Day’.

Posted by Christine at 10:09 pm No comments:

On and off the wall: Rogue Sculptors

Posted by Christine at 6:27 pm No comments:

The Rogues Sculptors: On and Off the Wall
Orange Regional Art Gallery
9 November to 16 December, 2012

The Tipat works will be in the Rogues Show
Posted by Christine at 12:22 pm No comments: 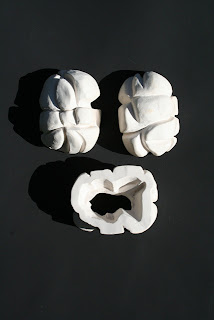 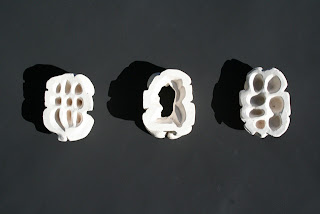 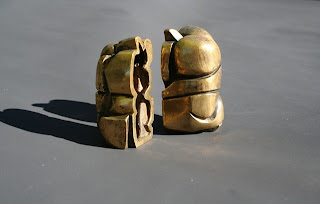 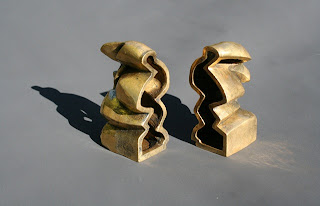 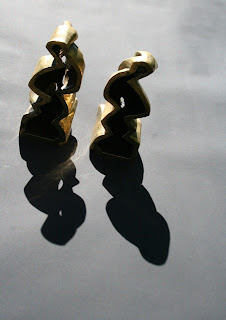 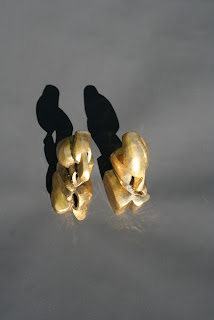 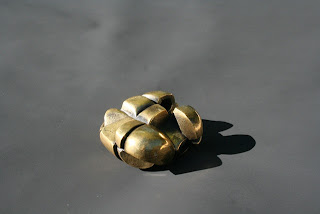 Posted by Christine at 12:12 pm No comments: 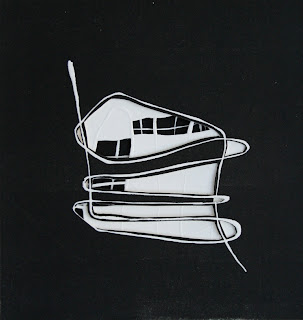 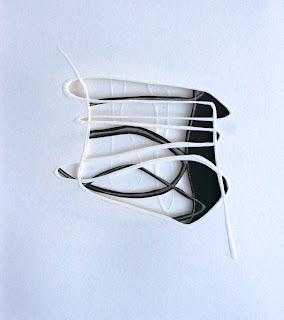 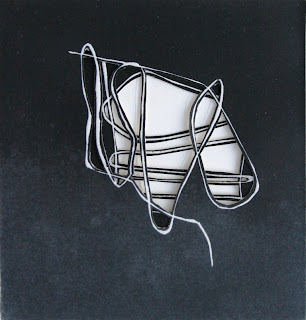 Posted by Christine at 11:28 am No comments:

The results of exploring how clay reacts to dropping. Beginning with a cube and dropping the cube multiple times, rotating betwwen each drop. The clay reacts by stretching. 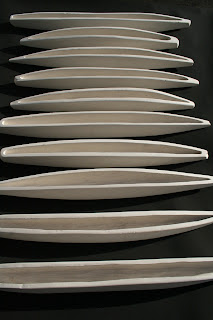 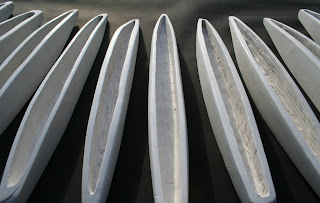 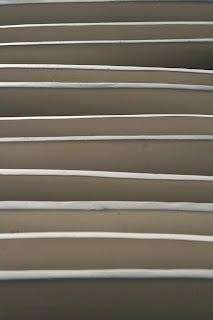 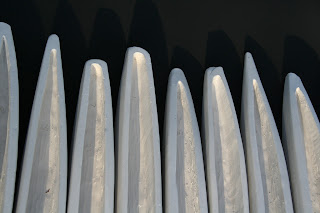 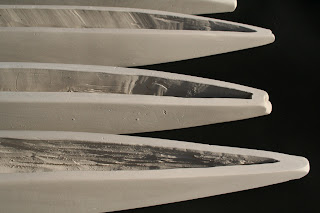 Posted by Christine at 10:13 pm No comments: